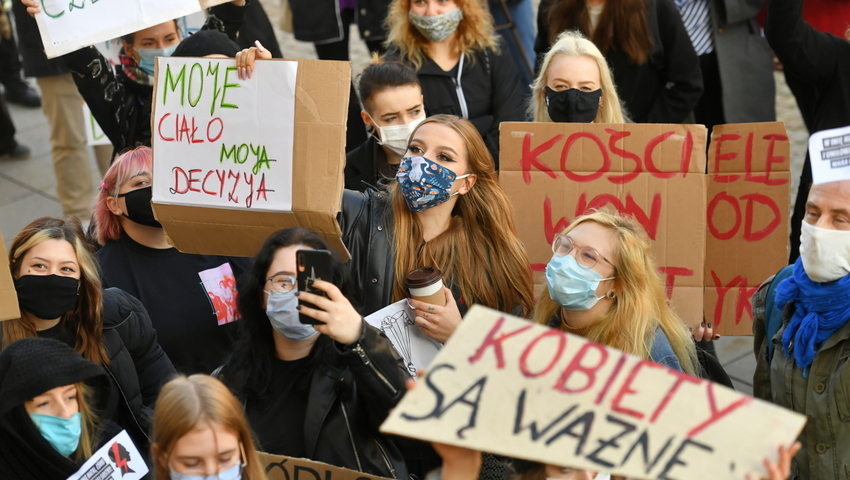 The rating of the Polish ruling party has collapsed by almost 10% this fall. If in September about 40% of the country's residents expressed support for the party of Jaroslaw Kaczynski, now only less than a third of Poles approve of the activities of PiS. And outside the Kaczynski house in Warsaw, police had to set up a cordon to protect the National Conservative leader from angry protesters.

During this autumn, the ruling party, which controls practically all government bodies, made a number of major political mistakes. Chief among them - "PiS" turned Polish women against itself. Poland already had one of the harshest anti-abortion laws in Europe. But this was not enough for the national-conservatives and Catholic traditionalists in PiS.

Despite opposition protests, the authorities literally pushed another tightening of legislation through the Constitutional Court. According to the innovations, artificial termination of pregnancy is considered illegal in almost all cases, including even confirmed severe and irreversible disability, as well as life-threatening diseases of the fetus. After the court ruling, Polish women could have an abortion only in two cases: pregnancy resulting from rape, and a serious threat to the life and health of the mother. 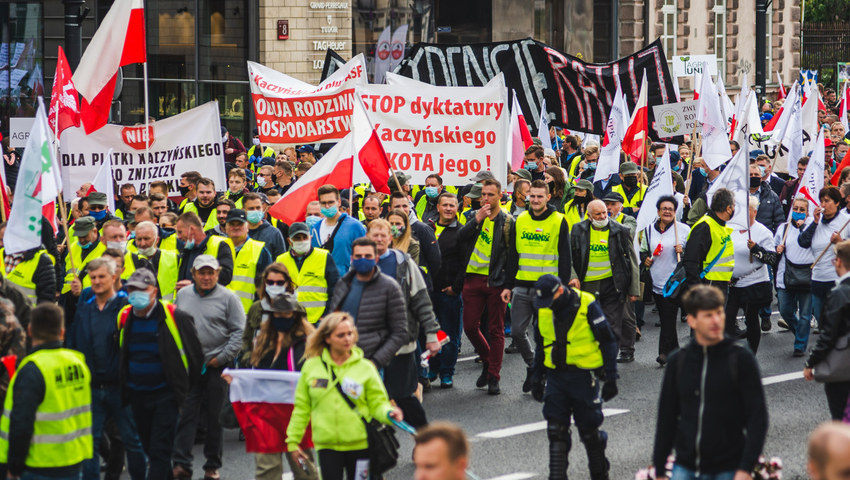 Why "PiS", which controls the presidential palace, parliament and government, began considering this issue in the Constitutional Court is a big question. Perhaps, in this way, the authorities wanted to divert attention from the recently adopted law related to the livestock industry - a ban on fur farming, as well as a ban on the production of halal products. The elimination of fur farming hit small towns and villages in Poland hard, provoking an immediate protest from farmers, who accused the IPR of “betraying the Polish countryside.” position.

The abortion law was passed on October 22 and immediately caused a storm of public outrage. According to Polish media reports, the protests were attended by about 450 thousand people who took to the streets of both small and large cities. The largest demonstration took place in Warsaw and gathered 100 thousand people. The rallies and processions were attended by a wide variety of audiences: from radical feminists and representatives of left-wing forces and LGBT organizations, to quite moderate centrists and mothers of families who felt that the decision taken violated the basic rights of Polish women. The protest was the largest since 1989 and the fall of the communist system in Poland.

The wave of protest that erupted on October 22 is directed not only against the ruling party and government. Many demonstrators oppose clericalism in general. This is how the action “Word on Sunday” appeared (on this day, millions of Poles traditionally visit churches), whose activists - mainly left-wing, radical feminists and LGBT representatives - “decorated” churches and adjacent territories with inscriptions and drawings in support of the right to abortion. 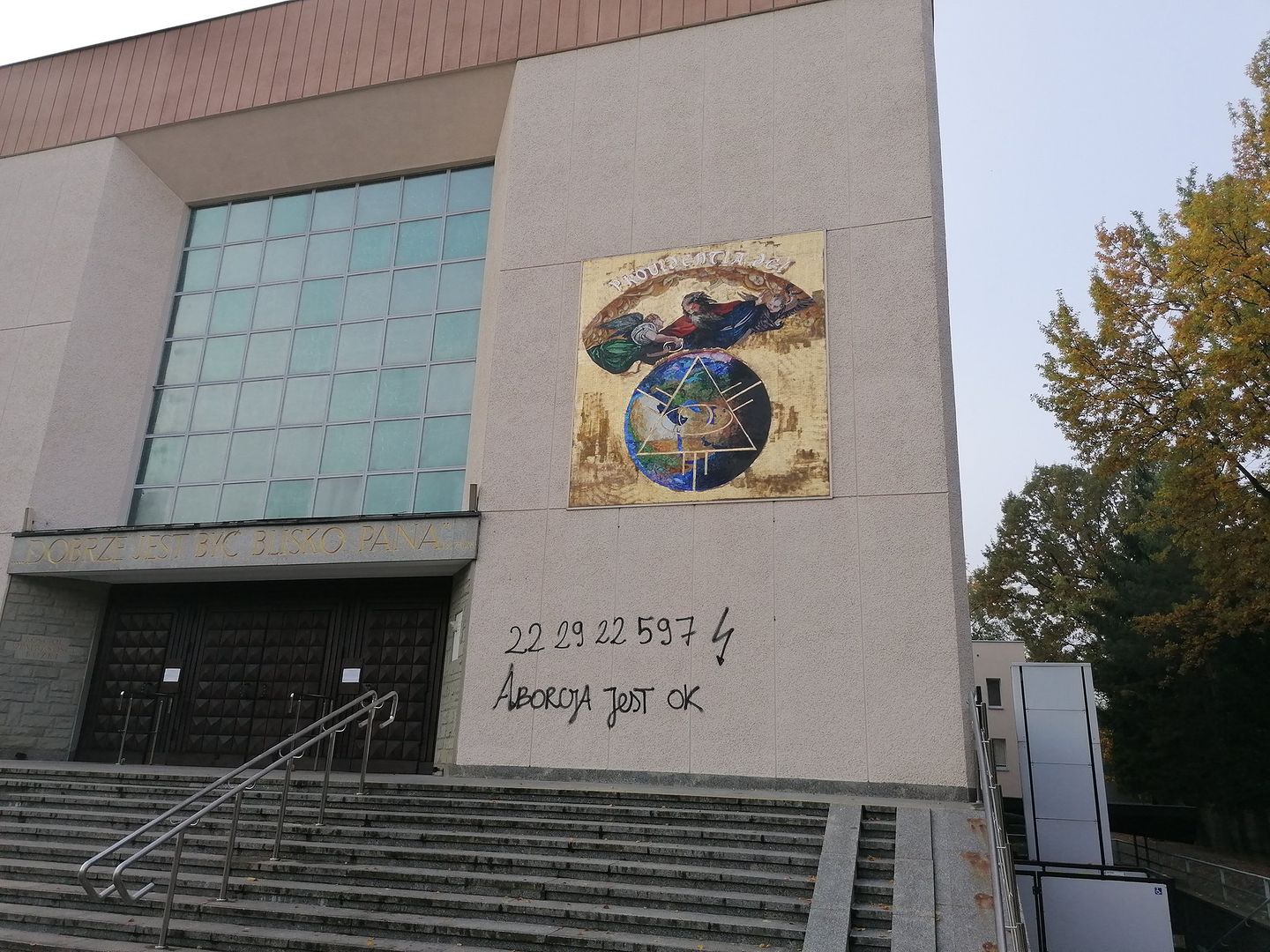 In turn, this led to the fact that the representatives of right-wing and nationalist associations announced the creation of "militias" to protect the temples. Such marches were held in all many cities of Poland. The scale of the unrest was so high that Polish Minister of Justice and Prosecutor General Zbigniew Zöbro “in connection with an unprecedented escalation of criminal behavior directed against believers, including intimidation, destruction and desecration of places of worship,” instructed prosecutors to monitor investigations into these cases. Amnesty International responded by saying that protesters against the court's decision faced excessive police violence and were unlawfully denied the assistance of lawyers.

As a result, PiS's inept political maneuvers to deepen the split in an already highly polarized Polish society. In addition, by their actions, the national conservatives alienated one of the most loyal parts of the electorate - Polish women, who highly appreciated the co-positive part of the PiS policy aimed at supporting the family. We are talking about payments for each child, assistance to young families in purchasing housing, etc. Polish women have made it clear that from their point of view, family support is social guarantees, not religious fundamentalism. The government was forced to make concessions to the protesters and announced its intention to postpone the publication and implementation of the decision on abortion. 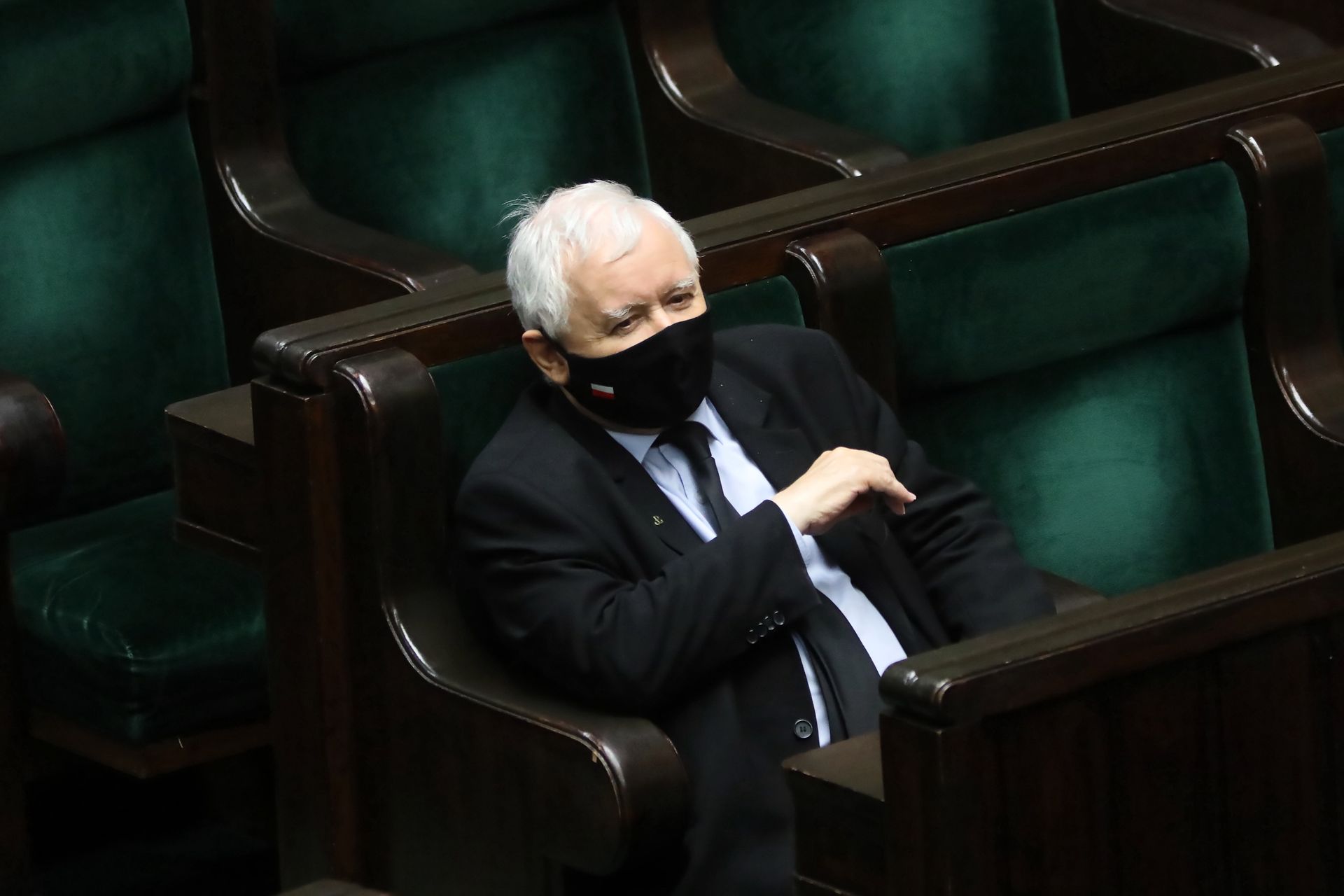 Jaroslaw Kaczynski, an ardent supporter of the moral and ethical teachings of the late Pope John Paul II, is personally behind the radical anti-abortion line "PiS". The pontiff, who for Kaczynski is an indisputable moral authority, spiritual leader and sacred historical figure, took an extremely conservative and consistent position on the issue of artificial termination of pregnancy.

But it seems that this time even the supporters of PiS did not support the conservative line of the 71-year-old party leader. According to the results of a recent sociological survey, more than 71.5% of respondents assess the activities of Jaroslaw Kaczynski negatively and believe that he should leave the post of chairman of the ruling party. Interestingly, even among the supporters of Law and Justice, this figure reached 40%.

It seems that Poles, left and right, conservatives and liberals, are tired of Kaczynski. It cannot be ruled out that many leaders of the ruling party itself are tired of the radicalism of their long-term leader and will be glad to use the outbreak of the crisis to spend it on an "honorable pension" in order to restore the authority of "Law and Justice" among moderate conservatives.

We leave the quarantine. A new book was presented at the Red Square festival.

"And this is how Yalta should be understood"

Fight for the Belvedere. What does it mean for Russia?

Centenary of the Battle of Warsaw: The Miracle on the Vistula did not change the course of history